Surprised to see me back so soon?

Guess I thought it was best to make hay while my flair for writing still shone bright, after all!

Anyways, today I am presenting to you a short story which I had been pondering over for quite some time. Because for some reason, the plot didn’t seem to gather enough steam to establish itself as a post on it’s own.

In fact, I am still wondering whether the content is adequate enough.

Regardless, however, I have decided to go ahead with publishing it.

So now it’s up to you guys to decide that for me and let me know whether the story qualifies as a standalone or whether it needed more material to make it so.

“What is the name of that star?”

A chilling breeze blew past our faces, deepening the hue of our already rosy cheeks as we stood all alone on the deck of the now deserted observatory, taking in the breathtaking view all around us whilst gratefully sipping from a mug of warm coffee, which was our only source of warmth at the godforsaken hour.

“And that one?” she childishly asked for the umpteenth time as I solemnly named numerous stars in the sky for her entertainment.

“Which one?” I asked, my eyes twinkling only slightly.

“See? There. The one which is shining the most” she said, pointing towards a heavenly body burning brightly all by itself.

“That, my dear, is not a star.” I replied, as my amusement finally made itself evident on my lips.

“Really? But it’s shining so brightly!” she exclaimed, not quite believing it.

“Yes, it does. In fact, it’s actually the 4th most bright object in the sky.”

Intrigued, she tore her gaze away from the said object and turned to look at me, her eyebrow raised inquisitively.

“Oh, let me see. There’s obviously you…” I began in a serious tone, placing the tip of my thumb atop the little finger as if counting manually.

“Shut up!” she exclaimed, playfully punching me on the shoulder as she laughed in good humour.

“I mean, everyone knows about the sun and the moon. Who comes 3rd?” she asked, as she took yet another sip from her mug.

“Seriously? A planet?!” she exclaimed, her voice incredulous.

“Huh” she said, her eyes gaining a glassy appearance as if lost in thought.

“What?” I asked, perplexed.

“Well… don’t you think it’s a bit weird that a planet can shine brighter than all the gazillion stars in this goddamned universe!” she replied

“Not really. It’s all about relative distance, dear. The reason Venus shines so bright is because it’s a hell of a lot closer to us than any of the stars we see around us.” I explained, my gaze locking on to the object she had pointed at only minutes ago.

“I know, but still…” she trailed as her eyes followed suit.

For a while not a word was exchanged as we allowed the absolute silence of our surroundings to take over.

This was exactly why I loved coming to this place over and over again. For only on arriving at this deserted countryside, faraway from noise of all kinds could one truly appreciate how insignificant they really were in this infinitely vast universe. After all, despite their gigantic size, the stars could all but twinkle like tiny grains of sand, rendered powerless by the expanse that separated them from us. And it’s precisely this what one should remind themselves of whenever they shone a little too bright for their own good.

“You still haven’t told me what that object is, by the way.” she said, her voice cutting through the air like a whip.

Snapping out of my reverie, I gulped whatever remained of the now lukewarm coffee before replying,

“Well, we have pretty much covered the base of what it is in the conversation we just had.”

“What do you mean? Is it another planet?” she asked, turning to face me yet again.

“Yes. The object which we have been gazing at is none other than Jupiter, the largest of all the planets in our solar system.” I replied, returning her earnest gaze with a smile.

“What’s even more interesting, however, is that not only does Jupiter shine brighter than any of the stars in the night sky, but that it’s also called by a few astronomers as ‘The failed star'” I continued.

“Oh. Let me guess. Because it shines brighter than any star?” she eagerly asked.

“No. Because, if it had been more massive, it could have been a brown dwarf, which is the smallest of all stars.” 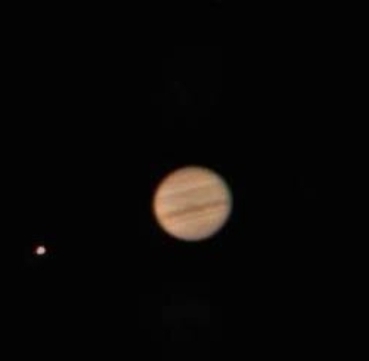 “Well, that sucks.” she replied, sounding bummed out.

“But I don’t get it. Why call it a failed star just because it doesn’t have enough mass?” she asked again.

“It’s not just that, actually. It also because it’s composition is almost identical to that of a star, and yet it lacks the mass necessary to make it burn like one.” I explained.

“But why call it a failed star when it so obviously isn’t one?” she asked, her curious voice now underlined by a tone of annoyance.

Surprised at her persistence, I attempted to elaborate the concept yet again.

“As I said, it’s just because of the composition and size of the planet, that’s all! If it had been more massive..”

“How much ‘more’?” she said, interrupting my monologue.

“Well… at least 13 times more…” I said, sounding sheepish for the first time since the start of our conversation.

“But the point is…” I began, before she cut through my explanation yet again.

“No. See? Don’t you get it?! This is exactly what is wrong with calling Jupiter a failed star!” she exclaimed with a fervor that seemed completely out of place with the scientific dialogue we had been having.

“I mean, not only does Jupiter revolve around a star that is much more massive than itself, but it’s also not even close to have enough mass to be a star! It’s not a matter of science. It’s a matter of human perception!” she said.

“Why call something a failed star when it could be called as the largest planet? Why criticise something for what it was never meant to be and fail to appreciate the magnificence of the qualities it does possess?

“The way I see it not only is Jupiter the largest planet in our solar system, but it also is the brightest star* in the night sky of our planet, at least.”

Now I got it. She hadn’t been debating about the scientific explanation after all. Rather, she had been presenting a psychological/philosophical argument to me all along. An argument which wasn’t just pondered upon by a handful of astronomers but the one which we always faced in our daily lives.

The argument of whether a glass was half full or half empty.

“Anyways, wasn’t it you who told me that a star, no matter how bright, would cease to be visible at some point or another, in space as well as in time?” she asked

“I did, yes.” I replied in a small voice, my mind conflicted with the contradictory feelings of shame for myself and immense pride for her.

“It’s sorted then. Jupiter is the brightest star as well as the largest planet. It never failed. We did.” she said, sounding jubilant.

“Actually, not all of us did.” I said as I suddenly remembered something.

“What do you mean?” she asked, confused.

“Do you know what the Hindus call the planet Jupiter?” I asked.

“No.” she replied, nonplussed.

“They call it ‘Guru’, meaning teacher or guide. Guess they know there’s a lot they could learn from it after all.” I said.

“Yeah. Guess they did.” she replied as our eyes met and our lips spread into a smile that we reserved only for the other.

And then, just like that I had yet another reason to keep visiting the place for years to come, a place which I could no longer call my solitude.

For now it was hers too. 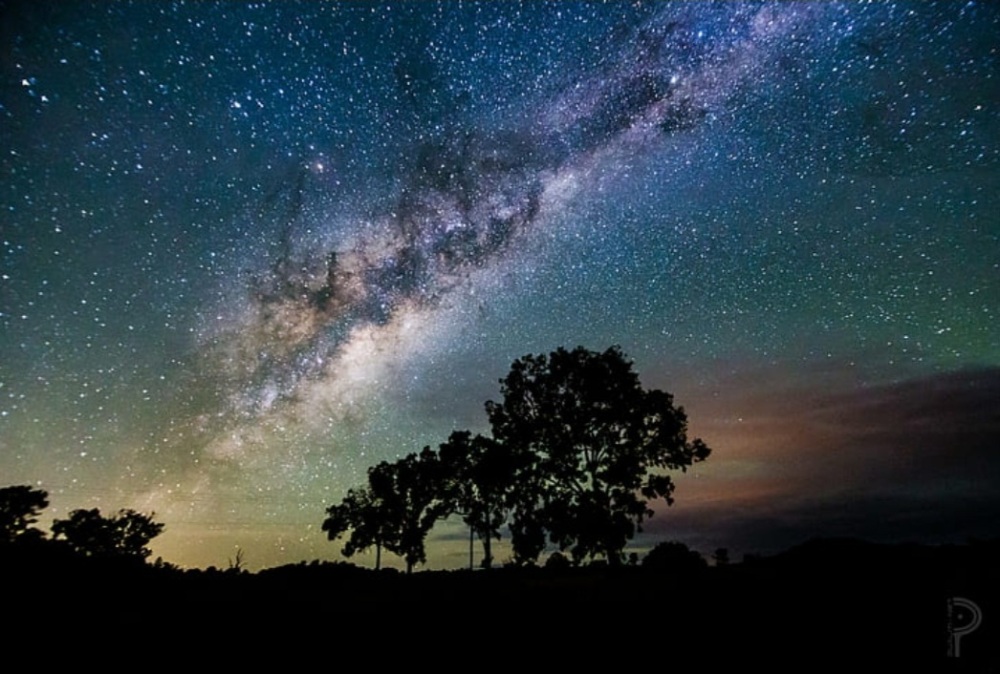 *since moon is well…. a moon and as Venus only appears at the break of dawn or at the beginning of twilight, Jupiter can technically still be the brightest star for a layman.

P.S. :- My Lunar zodiac sign happens to be Sagittarius whose ruling planet, conincidentally, happens to Jupiter 🙂