The Happily ever after

14. The happily ever after

Note:- This post is the final update of my first ever attempt at writing a novel which is named ‘Choices and Consequences’. Below are the links to my previous updates:-

Before the Housewarming (Part 2)

Author’s Note:- If the scene written below appears vaguely familiar to you, then know that it’s actually on purpose. I did want to write it exactly like it’s predecessor, but decided not to at the last moment. 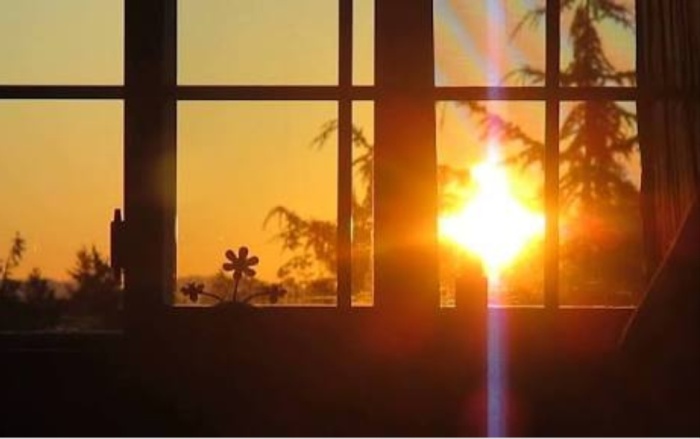 The rays of the morning sun crept slowly into the house, basking the room in their soft glow. Usually, it was a sign for people to get up and about their business. Not today, though. For today was Sunday. A day on which many preferred to sleep in just because they could.

This particular 7 year old though had proved to be an exception. For she had been awake long before sunrise, eagerly awaiting the brightening of the horizon. Because today was a day of which she didn’t want to miss even a single moment.

With a smile much brighter than her surroundings, she jumped out of the bed and stretched herself. As her eyes looked around the room, a particular object caught her attention. It was the masterpiece which she had sneakily made by staying awake till late the previous night.

And now was the time to present it to the judges.

“Mommy? Mommy? Mommy!” rang an all too familiar voice throughout the house.

Rachel smiled. Usually her daughter hated being woken up early, unless it was absolutely necessary. Like her, Emma wasn’t a morning person either. That didn’t seem to be the case today though. And Rachel knew exactly why.

“Yes, sweetheart? Momma’s making pancakes for you!” she called out as she mixed the batter.

“Mommy?!” came the voice from upstairs, more persistent this time.

“Momma’s busy, sweetie.” her mother replied yet again, a little ticked off now.

“Mommy?!” came her child’s voice, louder than ever.

“Emma, that’s enough! I told you I’m busy. If it’s so urgent then go pester your dad and leave me alone.” she admonished, as she kept the pan on the flame and added a tablespoon of butter.

“Fine!” said Emma, rolling her eyes. “Daddy?” she called out.

“In the living room, Ems!” Ross replied, his eyes scanning through the headlines of the day’s Le Monde.

Ross’s response was followed by a scurrying sound as Emma hurried down the stairs whilst holding a big sheet of drawing paper in her hands.

“Look what I have drawn.” she said, nudging him on the shoulder.

Intrigued, Ross folded the paper into half and kept it on the table, replacing it by his daughter’s creation instead.

To say the least, the painting was certainly not how he had expected it to be.

The picture depicted him, Rachel and Emma all together as a happy family in front of a house. But that was not all. There were actually two such drawings, exactly identical to one another. They, however, were separated by a patch of water, which seemed to reflect the ocean, guessing by it’s wavy outlines. The only difference between the two drawings was that the picture to the left had the words ‘My family’ written below it, while the one on the right proclaimed ‘Ma famille’ which was nothing but the same in French.

“Wow!” Ross exclaimed, turning to face his daughter, who was now smiling shyly.

“This is amazing! You drew this all on your own?!” He asked, still not quite believing it.

“Like it?! I love it!” he replied, smiling widely at his daughter and taking her into a hug.

“Rach! Did you have a look at this?” Ross called out from his chair.

“At what?” Rachel asked, still busy.

“Let’s show this to your mother.” Ross said to his daughter as he gently withdrew from the hug and headed towards the kitchen.

“I tried.” Emma replied, rolling her eyes but tagging along all the same.

“Look at this painting Emma’s drawn.” Ross said, the sweet waft of maple syrup greeting him as he entered the room.

Frowning, Rachel wiped her hands on her apron and took the sheet in her hand, scrutinizing her child’s handiwork.

“It’s gorgeous!” she exclaimed, her voice reflecting the surprise and joy which she felt.

“That’s so sweet Ems.” she continued, kissing her daughter lovingly on the cheek.

“Thank you Mom!” Emma replied, overjoyed with their reaction.

“Know what, Ems? Why don’t you take it along to New York? Aunt Phoebe would be so proud to see her student’s best work.” Ross said, as Rachel handed the sheet back to her child.

“That’s a great idea, Dad!” she replied, and raced from the kitchen to pack it in her bag.

Summer vacation always meant New York for Emma. And it was a time which she enjoyed with all her heart. Not that she didn’t like Paris and it’s ever growing number of Banlieues. No, she loved the quaint old city. It was just that New York was more of a ‘family place.’

Visiting her aunt, uncle and cousins, her half brother Ben, her grandparents and of course their lovely vacation home in Scarsdale which was occupied only during the holidays. Like her father, she was a family person. But at the same time, she had grown up to be fiercely independent, just like her mother.

Ross visited them frequently. Or atleast as frequently as his job as head of the department could offer and Rachel too did the same whenever she could. For her business deals often brought her to the Big Apple. And she never denied an opportunity to meet the gang. Then be it at Monica and Chandler’s in Westchester or at Phoebe and Mike’s in Larchmont, or her business suite or sometimes even their age old hangout spot, Central Perk. Joey managed to make through a few times, although given his tight production schedule in LA, it was few and far in between.

On that fateful evening a little more than five years ago, they had promised each other that no matter what, they would celebrate Christmas, Hanukkah and Thanksgiving together. And so far, the promise was still unbroken which, considering their past, was quite a record in itself.

“Kids. They never fail to surprise you.” Rachel said, her voice reflecting much more emotion then what she had wanted to express.

“Yeah, that’s true.” Ross replied, with a sad smile on his face. The painting indeed depicted a depth which he hadn’t expected to see in a seven year old.

“This was not how I imagined it to be, Ross.” she said, in reference to their lives being permanently parted across the vast expanse of the Atlantic.

“I mean… this is not a happily ever after. It’s so not.” Rachel said whilst nodding her head in denial.

If one were to only look at the situation superficially then they would certainly disagree with her. For in the past five years, Rachel Karen Greene’s designs had indeed earned quite a name for itself. Not to mention the fact that some of them had even been flaunted in the last Paris fashion week. She now had a larger house, a new car and a handful of maids. In short, she had more than made up for the lavish lifestyle she had left behind nearly sixteen years ago.

Yet the thought of not having, as Ross liked to call it, the ‘last piece of the puzzle’ was something that continued to haunt her. And it was moments like these which brought it back on to the surface.

Smiling empathically, Ross took her into an embrace as he said,

“Rach, you saw the words underneath the painting, right?”

“Yeah.” she said, exhaling heavily as she buried her head on his chest.

“Know what that means?” Ross asked. Then, without waiting for an answer, he said,

“It means that she has accepted her family as it is, Rach. It doesn’t matter to her. The where, the why. No matter wherever we are, or how much time we spend together, we are still… A family.”

Parting their embrace, he looked directly in her eyes as he said.

“You are right, Rach. In no way is our situation ideal. In no way is this an ideal happily ever after. But since when have we ever been ideal?” he asked, and was relieved to find Rachel smirk slightly in response.

Voices were now being heard back in the living room, and they knew that their time was up.

“It’s our happily ever after, Rach.” he said, as she slowly nodded and smiled.

“And that’s all that really matters.” was all that Ross managed to get through, before a small boy rushed into the living room, being chased by an older girl with what seemed like a spider made out of plastic.

“What?” asked Emma, unabashed. “You told me to wake him up at 8! And he wouldn’t wake!” she said, still flinging the spider at the poor lad, who had now virtually disappeared in the crook of Rachel’s knees.

“Okay. I am only going to say this once. Stop scaring Jean, otherwise you aren’t coming to New York with us.” Rachel admonished, to which Emma finally relented and pocketed the spider in her shirt, muttering inaudibly as she did so.

Until about three years ago, Emma had always complained about the lack of a sibling. True, there was Ben, who pulled her leg and rubbed her corners as any older brother would. But there had been no one on whom she could pull out the tricks that she had learned a little too well. Until Jean came along, that is.

Rachel was about to say something when the sound of the doorbell rang throughout the house.

“Mommy!” Jean screamed and dashed out of the kitchen as fast as his tiny legs could carry him.

“Thank Goodness!” said Ross, looking at the watch. Sam, who was returning with her husband from a ‘romantic getaway’, had called in to inform that their flight had been delayed. Ross and Rachel, who had been given the duty of babysitting Jean in the meanwhile, had grown worried as their own flight was scheduled to depart in a matter of hours from then.

“I’ll go get them.” Ross said, his eyes back at Rachel.

“Alright. I’ll set the table then.” she replied, smiling.

As Rachel arranged the cutlery amidst the ruckus that greeted Sam and Paul in the living room, she couldn’t help but feel that Ross was right.

Theirs wasn’t an ideal happily ever after.

But it was still their happily ever after. 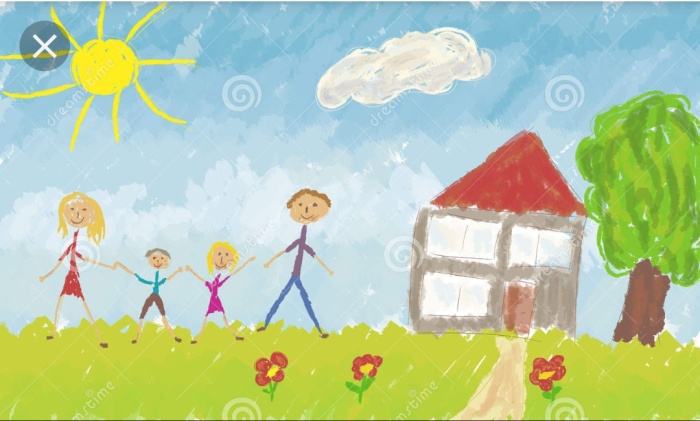 A/N:- Ta dah! Finally! After nearly 8 months I have finally presented the epilogue of this story. A big vote of thanks to everyone who put up with me for so long, reviewers and readers alike. I hope that you had good time reading the story.