Note:- This post is the 12th update of my first ever attempt at writing a novel named ‘Choices and Consequences’. Find the link to the earlier updates right below:- 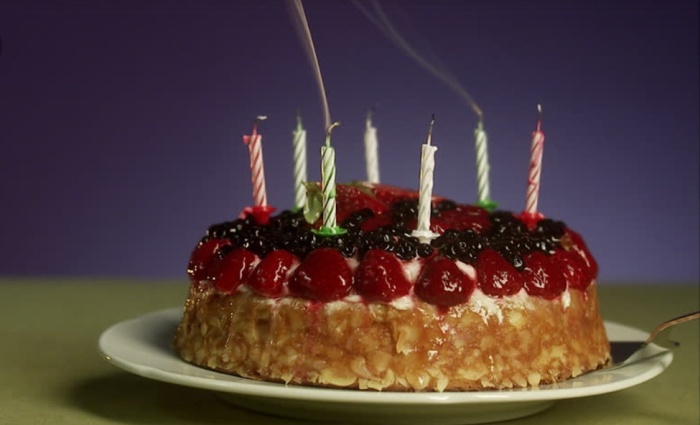 The living room of Rachel Greene’s apartment boasted of all the usual signs that went along with a joyous celebration. Wrapping paper layed scattered all over the place. Toys littered the room, flung into various nooks and corners of the room. Food still garnished the dining table, complete with an abandoned, half eaten cake.

Yet something seemed off. One could call it an intuition or an aura, but the fact remained that the room failed to proclaim a ‘cheerful aftermath’. Rather it seemed to reek of an eerie silence. A silence which was suddenly broken by the voice of a phone call, like the sound of a cracked twig in the dead of the night.

Rachel, who had barely managed to put Emma to sleep, woke up instantly at the voice. She looked at the watch. It was a little past midnight. There was only one person whom she knew who would contact her at this ungodly hour. Rising from the floor, she rushed to pick up the phone. For she definitely had a lot to say.

“He…” came the greeting, which stumbled upon hearing the steaming voice from the other end.

“What were you even thinking?!” Rachel asked said, allowing her voice to rise as high as it could without risking awaking her daughter.

“Rach?” Ross asked, not quite understanding the question.

“Your daughter was seeing you for the first time in four months, and you simply run off to do some of that stupid work of yours?! And that too on her special day?! What’s wrong with you?” she fumed, unable to control herself.

“Shut up! Just shut up! Do you have any idea what she went through when you took off like that?” Rachel asked, positively close to tears now.

“She was bawling, literally bawling at the top of her lungs for you! She threw away everything I could offer… I’ve never seen her like that. And you act as if you don’t even care?” she continued, the tears streaming down her eyes now.

“I DO CARE ABOUT HER! NOW WILL YOU PLEASE LISTEN TO ME?!” he shouted, managing to stun Rachel long enough so as to continue talking.

“I’m sorry, alright? I really am. Do you really think leaving her made me happy? I left because I simply had no choice!” he said, trying to make her understand.

“Oh really? Then why didn’t you come to the party today?” Rachel challenged.

“Rach, this is international travel we are talking about. Not intercity or something. I just…” Ross replied, but he was cut short by Rachel yet again.

“Just what?! Huh, just what?! Couldn’t find time in your ‘busy’ schedule for your own daughter?” she asked, smirking as she did so.

There was a pause on the line before Ross decided to come up with a classic ‘offence is the best defence’ strategy.

“Hey! How come I get all the blame, huh?! Rachel, you haven’t set foot in New York ever since you left 5 months ago. Don’t you think it’s about time?!” he retorted.

“Well, I’ve been busy establishing my own life here, Ross! It’s not like I’ve gone hiking or something!” Rachel replied, although she didn’t sound that confident anymore.

“If you are so determined to ‘establish your life’, then it’s obvious that you don’t need me there, isn’t it?” Ross asked, unable to mask the sadness in his voice.

“This isn’t about me, Ross! It’s about Emma! It’s her who needs you so badly. Or did you miss that?” Rachel replied, reflexively. However, she regretted her words as soon as they were out of her mouth. For they weren’t entirely true. Hell, there wasn’t even a bit of truth in them.

“So you mean to say that it’s only her, huh? Wow! And here I was, thinking that the old college queen Rachel Green had long gone. But, no! Here she is, back in top shape!” Ross said, his voice bitter.

“What’s that supposed to mean? You take that back right now!” Rachel retorted, the words stinging her deep inside.

Exasperated, Ross sighed deeply into the mouthpiece as he continued,

“Rach, while you’ve been engrossed in ‘establishing life’ there, acting as though we ceased to exist, we here have had a hard time doing the same. Mon doesn’t say it, but I sure as hell know that she misses you a lot. And so do Joey, Pheebs and Chandler.” he said, sounding a lot more calmer and sincere than before.

Rachel simply nodded in response, a fresh batch of tears making it’s way down her nose as she did so. And then, maybe it had been the overwhelming events of the day which had finally made her vulnerable enough to ask Ross a question which she hadn’t even dreamed of asking.

“And what about you?”

“So do I Rach, I thought that was obvious! A day, nay not even an hour has gone by without me missing you. Or the time that we spent together.” Ross replied, exuding nothing but pure honesty.

Neither of them could recollect the last time that they had felt so close to each other. For ever since the day they had tried ‘establishing’ their own lives, they had maintained their distance, talking to each other only when deemed necessary. The silence on the line seemed to stretch, but it wasn’t an uncomfortable pause anymore.

Well.. atleast it wasn’t until Ross broke it, saying

“Not ‘together’ together per say, I just meant…”

“I know, Ross. God, I’ve missed you a lot. And also Mon and everyone else. I’m really sorry for hurting her. I’ll call her the first thing tomorrow, okay?” Rachel replied, deeply apologetic.

Then, without waiting for a response, Rachel continued,

“Hang on. Does everyone think the same way?” she asked, concerned.

“Does everyone think that I’ve drifted apart?” she repeated, although she felt like she knew the answer already. For of course she had.

“What’s there to think, Rach? You literally have.” Ross stated, attempting to make light of the situation.

Ross’s words shook Rachel to the core, her brain caught up with emotions. Any moment now she could become the proud owner of a house in Paris. She had a life here now. Things weren’t what they used to be. 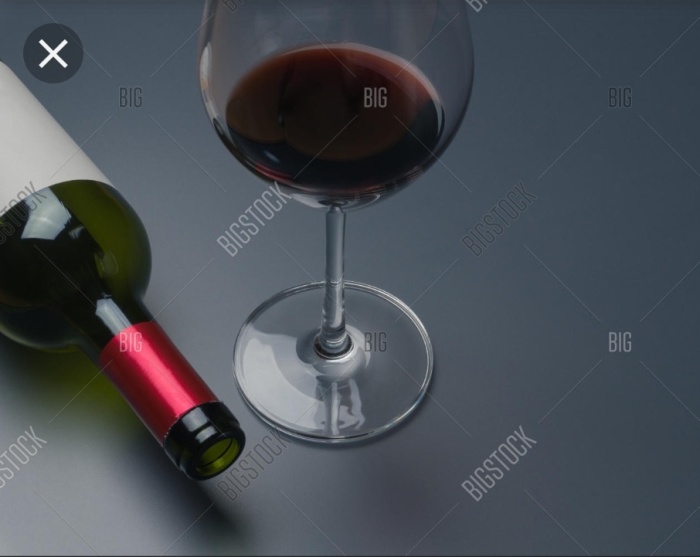 “But Rach, that’s insane! I mean, how long are you gonna wait? What if… What if… it never happens?” Sam asked, pulling Rachel out of her reverie.

Rachel swirled her glass, her eyes busy watching the remainder of the wine prance at the bottom as she said,

Sam was so taken aback by her response that she physically double backed and ended up choking on her wine.

Smiling, Rachel gently patted her back, as she gradually recovered from the physical as well as mental shock.

“What?! What the hell are you saying?” Sam asked, as soon as she regained control of her voice, her coughing indicating that she wasn’t quite over it yet.

“I’m saying that a lot of innocent people have been hurt because of us, Sam. That day, seeing Emma cry helplessly, it… it changed something inside of me. I mean… call it being a single mom or being on my own for so long… but the truth is that I had finally seen things from another perspective.” Rachel said, realising that it was the first time she was saying this out loud.

“I realized that we simply couldn’t let our relationship ruin other people’s lives. We have already done enough damage. And that’s precisely why I haven’t dated anyone. Because I know that one way or the other, I’ll end up hurting them. Because ‘we’ aren’t ‘over’. And maybe we’ll never be. But then only we will have to pay the price for that. No one else.” she concluded, sounding relieved to have finally been able to let it all out.

“So is that why you are afraid of going to New York? Because you think you’ll end up hurting you and your friends?” Sam asked, her voice sympathetic.

“Actually, that’s not the thing I’m most afraid of. It’s about hurting Emma. I’m dreading snatching away her image of a complete family after we give it to her for a span barely enough so as to appreciate it’s true value.” Rachel replied, while Sam just looked on, awestruck and rendered speechless by the selfless thoughts of her friend.

The occasional scratching of the pen against the paper was the only sound that the chamber had perceived for the past couple of hours. They were also the only reason to presume that it was occupied at all. For the regular working hours had passed away long ago, the night watchmen taking over as they inspected and locked every door which weren’t supposed to be open.

Even for them though, the office of Dr. Ross Geller stood out as an exception. Because ever since he had taken over the job as the HOD, he had earned the reputation of a hardworking fellow, one who took his job seriously.

But only he knew the real reason behind the late hours. It was simple, really.

They kept him occupied.

For the mind was a fickle thing. If you didn’t give it something to feed on, then it tended to wander away on it’s own. And that couldn’t mean anything good.

“Sir?” came a voice behind the door, aptly preceded by a knock.

“Yes?” Ross asked, not looking up.

“Sir, I wanted to know whether you would be staying in the office or would you prefer heading to your quarters? For it’s my duty to shut all the departments by midnight. And I won’t be allowed to reopen the doors untill 6:00 in the morning.” the guard replied.

‘Midnight?! Shit!’ Ross thought to himself, glancing at his watch in surprise. Yup. It was five past in fact.

“I’ll be out in ten minutes.” Ross told him.

“Alright, Sir. I’ll be back by then.” he replied, the words followed by the sound of receding footsteps.

Exhausted, Ross yawned and stretched his limbs before he got out of his chair and began packing the papers back into his suitcase. Once he was done tidying the place, he cast another look at the golden clock above the mantle piece.

‘Twelve fifteen. Meaning that he had just about eight more hours until flight AU 974 landed at Newark airport.’

And then it hit him. The thrashing wave which he barely managed to keep at bay. The reason why he spent the long hours in his office. The reason why his personal life had dwindled down to only his closest friends and his son, Ben.

Being away from her for this long had finally made him realise that getting ‘over’ her was something that he had never managed. And perhaps he never would.

For even after hearing her say that New York wasn’t her home now words echoed in his mind, he still felt there was hope. That their story wasn’t quite complete. And that layer that day, a new chapter would be written.

No matter what happened though, Ross had sworn that he wouldn’t let another person be a casualty of their relationship anymore.

It was strange, really. Though they were as apart from each other as they ever had been, their thoughts had never really been more alike.

So, had they really drifted apart?

Leave a Reply to The Pensieve Cancel reply